My cultural inheritance of self-doubt 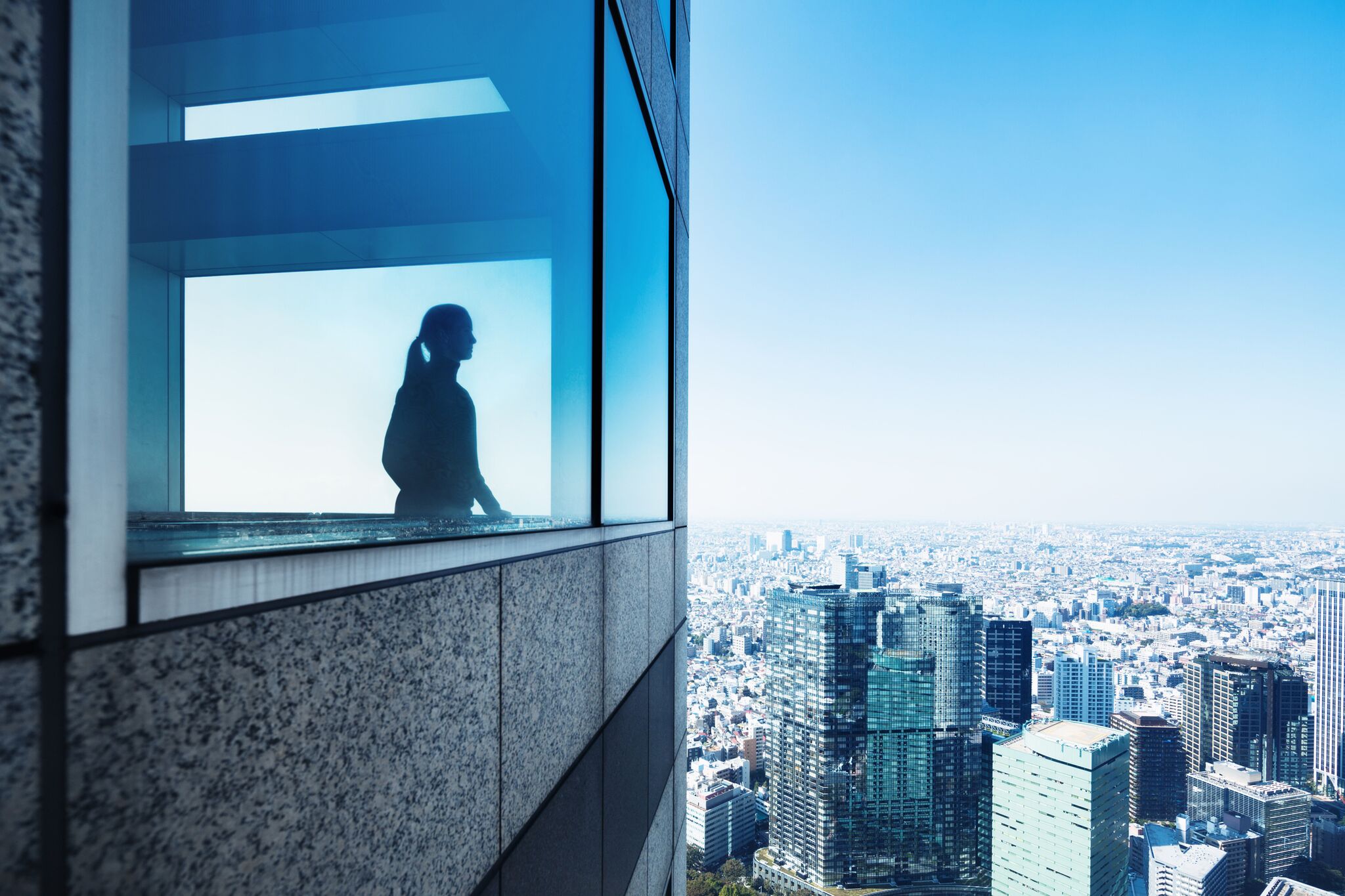 My parents never gave me a curfew. They left it up to me to decide. At one point I thought it was too much risk and so I asked them to just give me a time to be home. “No,” they said. “You need to decide what is a reasonable time to be home and be prepared to defend it.”

They rarely told me what or how to do something. But they were very clear about the outcome that was expected. It was up to me how to achieve it. I think it was a their way of giving their kids independence, strength, and a lot of leeway to screw up. When those screw-ups inevitably happened, I was expected to figure my way out of them. That was all part of the bargain and it helped me to develop a solid sense of self-confidence at an early age.

I’m convinced my self-confidence today comes from taking risks throughout my life. So why, after all these years, do I continue to experience self-doubt that is in direct conflict with my confidence in my abilities? And, how do those two very contradictory ‘self-talks’ continue to live side-by-side within me?

My Cultural Inheritance of Self-Doubt

By eighteen, I was making all my own decisions. I was smart and capable, but even then I intuitively understood that my contributions would be discounted based upon some vague knowledge that my voice had less power than my male counterparts. As an adolescent, while my parents were encouraging me to practice risk and responsibility, culture was already telling me that —as a female — it was never enough.

As the years went by, that message kept reappearing with persistent reminders that what I said – and even how I said it – would not be heard without bias. As capable as I was, I got the message that I was less than equal. I would think: “You’re just missing something, sister, because you do not fit in here.” Culture, it seemed, was proving more powerful than my family upbringing.

This is a cultural inheritance every woman receives. We don’t choose to have it, but there it is: Self-Doubt.

In their May 2014 article “The Confidence Gap” in The Atlantic, Katty Kay and Claire Shipman examine why, despite the progress women have been making in universities and middle management, little has changed in the top jobs within the most competitive fields, like finance and investment banking.

When Hewlett-Packard was trying to figure out how to get more women in top management positions:

“A review of personnel records found that women working at HP applied for a promotion only when they believed they met 100 percent of the qualifications listed for the job. Men were happy to apply when they thought they could meet 60 percent of the job requirements. At HP, and in study after study, the data confirm what we instinctively know. Under qualified and underprepared men don’t think twice about leaning in. Overqualified and over prepared, too many women still hold back.”

– from “The Confidence Gap” by Katty Kay and Claire Shipman, The Atlantic, May 2014

Throughout the article, Kay and Shipman reviewed several studies that try to explain this vast confidence gap that separates the sexes. From this exhaustive review, they admit:

“As journalists, we were exhilarated by the puzzle of why high-achieving women were so lacking in confidence, but as women, we grew gloomy. Delving into research and interviews, we more than once found ourselves wondering whether the entire female sex was doomed to feel less than self-assured. Biology, upbringing, society: all seemed to be conspiring against women’s confidence.”

I experience my own self-doubt when I am in a position of power. I know that power is necessary for me to reach my goals, but it can also be detrimental, because there is an inverse relationship between likeability and power for women. Additionally, I know that I will be judged more harshly than a man in a similar power position if a decision I make is wrong. This is not an inheritance anyone would ask for!

I’m far from alone. Through their research, Kay and Shipman found that while women often suffer professional consequences for lack of confidence—

“…when they do behave assertively, they may suffer a whole other set of consequences, ones that men don’t typically experience. Attitudes toward women are changing, and for the better, but a host of troubling research shows that they can still pay a heavier social and even professional penalty than men do for acting in a way that’s seen as aggressive. If a woman walks into her boss’s office with unsolicited opinions, speaks up first at meetings, or gives business advice above her pay grade, she risks being disliked or even — let’s be blunt — being labeled a bitch. The more a woman succeeds, the worse the vitriol seems to get. It’s not just her competence that’s called into question; it’s her very character.”

Culturally, many of the very traits necessary for me to reach my career and other life goals are the opposite of the traits that I am stereotypically expected to have, or at least display. For instance, independence, aggressiveness and singular focus were necessary ingredients for me to be successful in the world of finance. Yet our culture expects me — as a woman — to prioritize compromise, collaboration, caring for and empathy with others. Often, these goals are in conflict. When I choose the former, there is often a price to be paid in likeability and respect. When I choose the latter, it is generally not acknowledged or valued. It is expected and overlooked.

This situation creates a double bind that contributes to my culturally inherited self-doubt. Left unchecked, my internal dialogue continually questions whether I’ve done enough or am good enough. This might manifest itself in questions such as:

While I realize we all have insecurities, research indicates that women have these doubts in far greater frequency than similarly situated men. That is no surprise given the double bind in which they find themselves.

The Power of My Truth

As I built a successful career of leadership in the male-dominated world of finance, I was not consciously aware that self-doubt played such a dominant role in my life. However, after many years working in this environment, I knew I needed to make a change. As one of the few women at the table I needed to suppress half of who I was just to be accepted. What a waste of energy. I eventually found that other half after joining a women’s leadership collaborative. Working with other women, I came to understand that I was culturally conditioned to doubt myself and, therefore, my contribution to my success. After all, self-doubt begets self-doubt.

After understanding this unwelcome inheritance, I left the male-dominated world behind to help other strong, capable, accomplished women understand that self-doubt has very little to do with them. I wanted to help them leave doubt on the shelf and say: “You are not coming with me today.”

I feel passionately that self-doubt is a cultural inheritance that women have had no choice in taking on.

It is part of our social conditioning (unconscious bias) about what parts of us are acceptable and valuable. I understand that I have personally inherited this bias against myself, not because I am stupid, but because I had no choice in what was prescribed for my gender.

When I choose to disavow this cultural inheritance — that voice repeatedly telling me ‘I am not enough’ — I go through life with greater assurance and confidence.

In recent years, I’ve committed to helping other women feel that same sense of assurance and confidence. It’s my way of contributing to changing the culture. When women who have become successful stand up and verbalize self-doubt, it helps others understand it is not just them. It’s a cultural thing. Sheryl Sandberg demonstrated this kind of helpful role modeling for me in her book, Lean In, and I want to pay it forward.

So many women participating in our WLLab say: “If only I had known this when I was younger! I wouldn’t have spent so much time and energy doubting myself. I could have gone so much further.”

To learn this in your 20s is a pretty big deal. When I was that age, I remember the risk I felt in pushing past my self-doubt (initially because of necessity, and later because of ambition) to further both my career and life goals. As Kay and Shipman point out in their article, most women have been conditioned since grade school to be risk adverse. And that’s a problem. As one study they cite (by research psychologist, Zachary Estes) notes:

“The natural result of low confidence is inaction. When women don’t act, when we hesitate because we aren’t sure, we hold ourselves back. But when we do act, even if it’s because we’re forced to, we perform just as well as men do.”

As I said earlier, I believe the risks I’ve taken throughout my life have contributed to my own self-confidence and, perhaps, blunted some of the self-doubt I inherited along the way. An early example was when I was a young paralegal in a trading company; I received access to some salary information. I was shocked to learn that some men in the office made more in one week than I did in one year. I wanted some of that! When I was asked to take on more responsibility, I demanded a raise. Initially (and unsurprisingly), there was push back; I was expected to take on increased responsibility at my current salary. But I understood my value and persisted.

Speaking up felt like the ultimate risk. My cultural inheritance of self-doubt made that doubly difficult. But armed with information, critical thinking and practice, I was successful and established the foundation for who I am today.