Don’t confuse my self-doubt with a lack of confidence in my abilities. 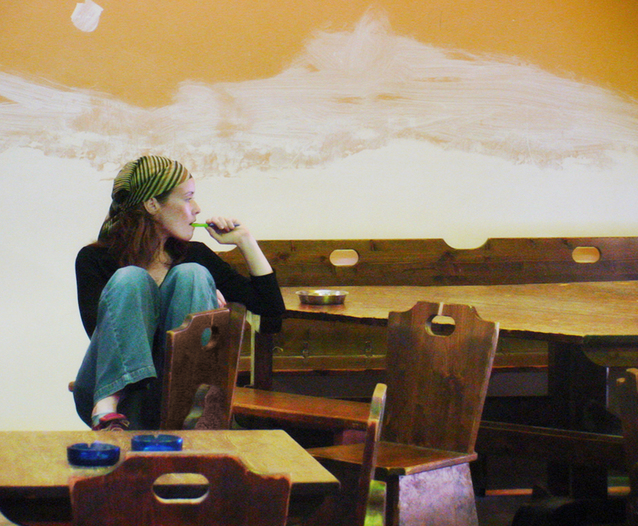 We catch up with Women’s Leadership Lab co-founder, Cynthia Zeltwanger, in the third of our 3-part series on Self-Doubt to discuss how the Lab addresses ‘Self Confidence in the Face of Unconscious Bias’.

Women can be perfectly confident in their professional abilities and still have very real self-doubt. That’s because self-doubt is about whether our voice will be heard or how we must shape-shift to be taken seriously.

It’s been five months since Cynthia Zeltwanger wrote My Cultural Inheritance of Self-Doubt. Since then, she’s heard from many who know her expressing surprise that she ever held those feelings. This includes former male colleagues who have long been impressed by her confident leadership within the male dominated financial industry. Zeltwanger can understand why self-confidence and self-doubt may seem like a contradiction. But they can — and often do— co-exist. Zeltwanger is back to talk about how our culture creates this dynamic and what WLL is doing to create a real shift — one person at a time.

I  feel like this is something that needs to be said:

“It is 2018 and the culture is still sending out messages that men’s voices are more credible on certain issues. Women are not crazy or foolish in having self-doubt about how we are perceived and received. We know:

“We’ve been ‘that woman’ who shares an idea in a meeting only to watch it ignored until it is re-shared by a man. Then, brilliance! And, speaking of ‘that woman’, how often have we heard: ‘I like women, just not THAT woman’?

“If we have to deal with all these contradictions — this ‘double bind’ — then, of course we’re going to have self-doubt about how to behave, what to say, and when to say it. This has nothing to do with our confidence in our professional abilities. It has everything to do with whether our abilities will be recognized and rewarded in a certain cultural context.”

Recognizing this gender bias is the first step in creating a cultural shift, both in the workplace and at home. Learning how to identify it while it is happening and address it immediately is key to overcoming our self-doubt. But this can be tricky. Zeltwanger points out that cultural conditioning is a powerful force. It often blinds us to behaviors and attitudes that minimize or marginalize  aspects of our leadership, even when we are the unintended target or we are doing this to ourselves. This is what is known as ‘unconscious bias’.

Ours is an ‘inside out’ program.

Each WLLab includes a deep exploration into ‘Self Confidence in the Face of Unconscious Bias.’ It is a principal of the overall program. Zeltwanger explains how:

“One key practice in the Lab involves helping women understand their own internal dialogue. And then, together, we parse that into ‘what is really true for me vs. what I’ve been culturally conditioned to believe.’ In our brains, this all gets thrust together. We don’t walk around carefully parsing out what self-confidence is and what self-doubt is. It’s just generally this feeling of ‘ugh’. That’s because, we can be really confident about our abilities at the same time we are swimming in this  contradictory stew that tells us women are going to be taken less seriously and simultaneously judged harshly.”

Zeltwanger notes that this conflict makes it hard to hold onto that sense of overall competence at any given moment. “I  generally feel confident as a leader. But the day I’m told that I don’t fit in, that I’m too loud, that I’m too this or not enough that; it’s hard for me to get all that feedback and still hold onto that confidence and sense of belonging.”

“Every session of the Lab is designed to discover some ‘authentic piece of me’ that goes into building authentic leadership. And almost every session — in some way — helps our participants understand more deeply the cultural context in which they are asked to operate, how it has an impact, and how each of them can let that go.”

Here’s the bottom line:
Once a woman understands (in that moment) that the doubt she is feeling comes from a social construct as opposed to who she really is, it has less power. She is free.

‘Self Confidence in the Face of Unconscious Bias’
AN OVERVIEW

Within the Lab, each participant  slows down to fully experience how she is reacting and owning her strengths. Speed (which is our cultural norm) pushes everything together, making it very difficult to parse out the conflicting input and consider its physical, emotional and mental impact. Through meditation, dialogue and the gift of time, it becomes deeply integrated. So when life speeds up after the sessions are over, it is easy to access.

Interested in learning more about the upcoming
Women’s Leadership Lab, beginning in January 2019?

Catch up on the other posts in our LabNote series on Self-Doubt:

Part One : My cultural inheritance of self-doubt by Cynthia Zeltwanger

Part Two: When it comes to self-doubt, you’re in good company